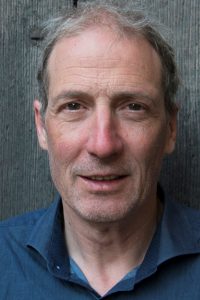 UTTRI associated faculty Professor Paul Hess comments in the CBC News article “Windsor might get more sidewalks — but people are divided over the idea” July 3, 2019.

Professor Hess, whose teaching and research focuses on pedestrian environments and design, planning for activity transportation modes, and streets as public space, supplied an historical perspective to the debate:

The debate around sidewalks goes back to the years following World War II, according to Paul Hess, an urban planning professor at the University of Toronto. Cities all over North America were bursting at the seams and new neighbourhoods popped up on what used to be farm fields.

Hess says the developers were always looking to save money.

“Their regulations weren’t very strong, and I think there was a bit of an assumption that people would have cars and it wouldn’t be a big issue,” said Hess. “We let subdividers build subdivisions with either a sidewalk just on one side sometimes, or without sidewalks at all.”

Hess says this kind of thinking lasted for decades, but over the past 30 years, it started to change. As concerns grew about congestion, the environment and even fitness, people — and planners — started thinking it would be nice to move away from driving everywhere.

According to the article, Windsor city council will consider adopting an active transportation master plan later this summer. The plan recommends that sidewalks be added to streets that were built without them.

While Windsor may take a cautious step toward building “missing” sidewalks, Hess said other cities are doing it.

“It’s practical. You have to work with the residents, and you have to fund it. It is not a huge amount of money, but it is real money still,” said Hess.

“I think that’s just a basic facility that an urban neighbourhood should come with.”