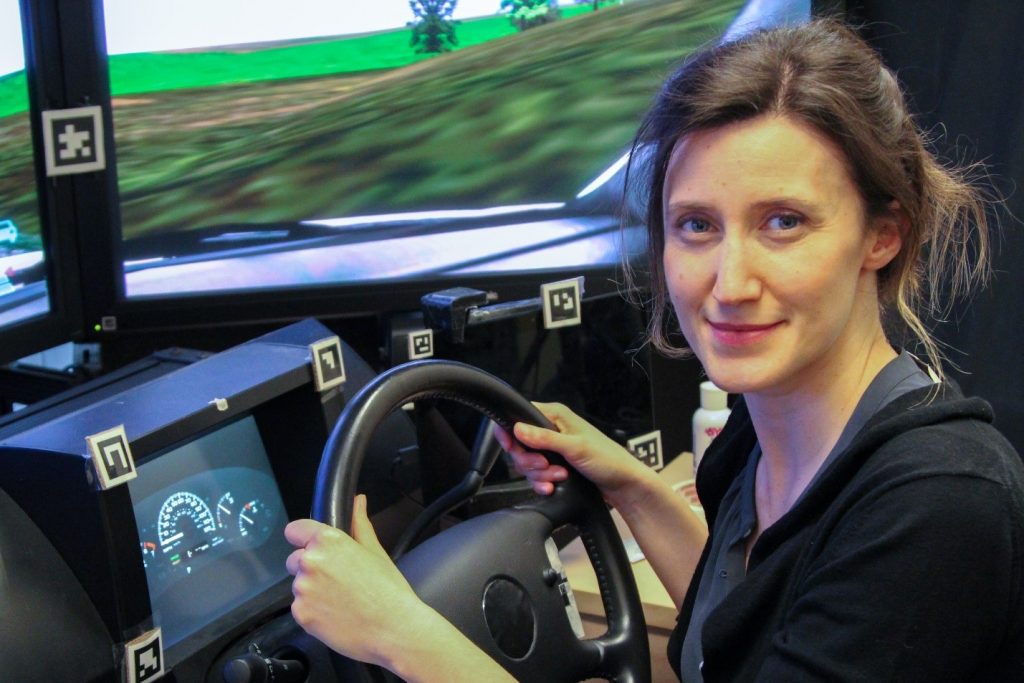 A recent research study examined failures by drivers to check for vulnerable road users during right turns at intersections.

The study was carried out by researchers in the Human Factors and Applied Statistics (HFASt) Lab of the Department of Mechanical and Industrial Engineering at University of Toronto.  Nazli Eser Kaya, Suzan Ayas, Canmanie Teresa Ponnambalam and Birsen Donmez wrote about the results in “Visual Attention Failures during Turns at Intersections: An On-road Study.” The paper was presented at the 28th Conference of the Canadian Association of Road Safety Professionals (CARSP) in Victoria in June, 2018.

Professor Birsen Donmez is Director of the HFASt Lab U of T and is Chair of Automotive UI ’18, the premiere international conference on automotive user interfaces and interactive vehicular applications, taking place in Toronto September 23-25.

Abstract from Visual Attention Failures during Turns at Intersections: An On-road Study

Crash data indicate that misallocation of attention is a major source of vehicle crashes with vulnerable road users (pedestrians and cyclists) at intersections. Video recordings from outside and inside the vehicle indicate that drivers allocate their attention based on their expectations but the extent that drivers fail to scan for vulnerable road users at intersections is not known. In this paper, we examine failures to check for vulnerable road users during right turns at intersections. Eye-tracking data was analyzed from 19 drivers between the ages of 35 and 54 who participated in an on-road instrumented vehicle study conducted in downtown Toronto. Each participant made two right turns from a major arterial road. In addition to attention allocation failures, we assessed whether the objective data was correlated with experience driving in the area as well as with drivers’ subjective responses about their intersection-related errors collected through the Driver Behaviour Questionnaire (DBQ). Eleven of the 19 participants had a failure in at least one of the intersections; all failures related to checking for cyclists. At a marginally significant level, attentional failures were more likely for those who drove more frequently in downtown Toronto and for those who had larger error scores on intersection-related questions of DBQ. The prevalence of attentional failures observed is alarming, especially given that our participants represented the lowest crash-risk age group. It appears that drivers less familiar with an area are more cautious when it comes to negotiating an intersection. Additionally, drivers appear to be aware of their intersection-related errors as indicated by their DBQ responses. Further research with an increased sample size and on a variety of intersections is needed to generalize these findings.

More articles on this research

More than half of drivers fail to adequately scan intersection when making right turns: study (Mobilesyrup)