Mobility Network presented “Guiding transportation and land use planning,” the first panel discussion in its new series, The Way Forward, on March 1, 2022. The session was introduced by Professor Eric Miller, Director, Mobility Network.

Three U of T researchers from different fields of interest shared their perspectives on transportation and land use planning. Each researcher gave a short presentation and then participated in a group discussion followed by audience Q & A moderated by Dr. Judy Farvolden, Executive Director of Mobility Network. Nathaniel Baum-Snow is a professor of economic analysis and policy at the Rotman School of Management, University of Toronto. His research interests are in urban and real estate economics, labor economics, economic job geography, and include the consequences of transportation infrastructure investments on urban growth and welfare.

Baum-Snow introduced the research he did that focused mainly on the impacts of highway construction and transit construction in the U.S. and China. He discussed how we can learn from past experiences when facing future challenges.

For example, Baum-Snow talked about similar patterns of urbanization and suburbanization in the past, for countries like the U.S. and China, and how the policy response was largely to “build one’s way out of the problem.” The same pattern can also be observed in Canadian metro areas. However, Baum-Snow argued that there comes a point where it will not be possible to keep building more and more highways. He referenced U.S. data that showed they stopped highway construction around major cities as highways became more congested.

One important consideration Baum-Snow brought up is how to manage the densification of suburban areas like Scarborough and Mississauga to handle population growth. These areas rely heavily on vehicle-over-transit usage because of long commute times.

He suggested that densification can be managed by simply allowing it to happen; and by allowing land-use planning regimes that facilitate densification. There is some role for transit, with transit construction seen happening in the extension of the transit lines to suburban areas like Mississauga. Nevertheless, these suburban areas are not dense enough to support transit use for many commutes, and many will still look to drive.

He also proposed a few solutions for managing highway congestion, such as congestion pricing schemes, and improvements in technology.

Baum-Snow closed by elaborating on how congestion pricing schemes will have political challenges with their implementation, and offered some strategies to mitigate those challenges. Christopher D. Higgins is an assistant professor at the Department of Human Geography, UTSC. His research focuses on the relationship between form and function in cities, in particular, urban networks and the flows of people, goods and the information that those networks enable. He recently published the report “An Integrated Approach to Transit System Evolution,” a Knowledge Synthesis Grant on Mobility and Public Transit project sponsored jointly by SSHRC and Infrastructure Canada

He explained the way the transportation land use connection was revisited in his report, and emphasized the need for an integrated approach when designing and operating these systems. 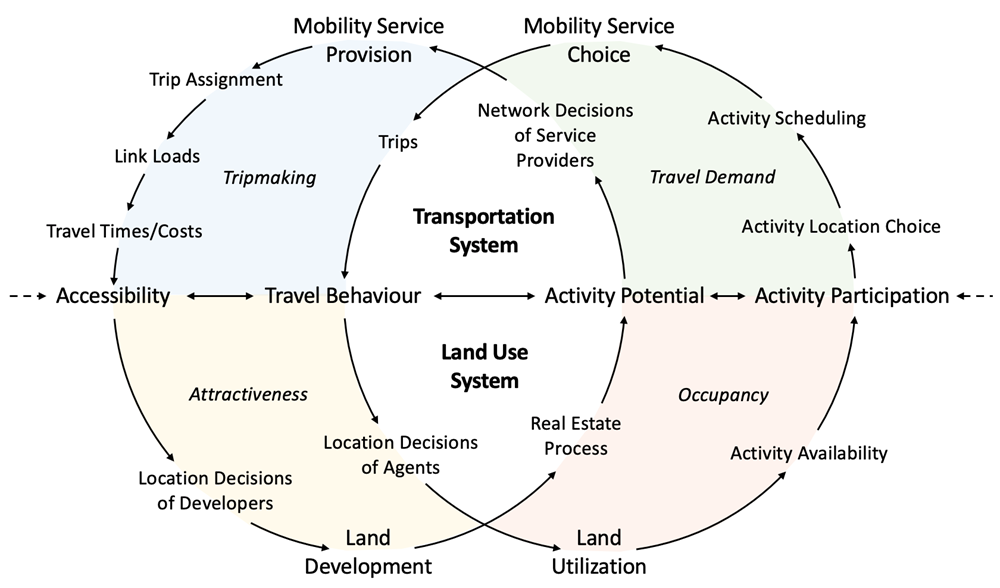 Higgins ended his presentation with questions for the audience:

“Why has it [this knowledge] had so little impact on policy and on-the-ground implementation, if we’ve known for decades that integrated transportation land use planning is the way? How do we go forward from here?” Drew Fagan is a professor at the Munk School of Global Affairs and Public Policy, University of Toronto. Previously, he was Ontario’s Deputy Minister of Infrastructure and he moved from there to being the Deputy Minister of Tourism, Culture and Sport responsible for the 2015 ParaPan-Am Games.

Fagan addressed the participation of governments and the challenges of coordination. He first made the point by saying  “there’s actually a lot going on.” He mentioned four new projects in the planning stages: the Ontario Line; the extension of Yonge; the north line in the east end; and the line in the west end. These new projects, some controversial, will be the biggest expenditure in the history of the region of Toronto. Fagan noted that the difficulties arise when coordinating transit and land use, as government coordination is challenging both horizontally and vertically.

There are also challenges surrounding the highway pricing controversy, TTC bailouts, and inadequate maintenance and repair. Fagan also noted the lack of attention paid to issues of inequity within the system.

“As the city and the region becomes more unequal, there’s potential that transit can mitigate against that. But we’ve seen in the last couple of years . . . that services that people in inner suburbs—immigrants, visible minorities—depend on, those services are full. But they’re sure not full on the Yonge line funneling downtown. Issues of inequity.”

Fagan then discussed some of the positive changes within the federal government. They went from being a “silent partner” to taking more of an interest in transit policy and bettering coordination at the federal level. For example, Infrastructure Canada now has the responsibility for planning and housing policy, which they will review for the first time in generations.

He cited four specific initiatives of the federal government:

Fagan hopes that federal and provincial governments will work together with municipalities to improve the issues affecting land use planning and transit coordination.

About The Way Forward

Researchers from across U of T bring home the many ways mobility affects our lives in The Way Forward, a panel discussion series. Join the conversation!

All sessions take place on Tuesdays from 4:00 p.m. to 5:00 p.m. online and are free. Registration is required.

An introductory overview will be followed by short presentations, a moderated panel discussion, and audience Q & A. Events are recorded and shared.

See the complete Spring 2022 schedule for The Way Forward. Registration is open for all talks.

About Mobility Network at the School of Cities

Transportation and mobility touch virtually all aspects of our lives. The Mobility Network is a multidisciplinary, collaborative, and diverse network of mobility researchers that connects the University of Toronto’s exceptional strengths in data sciences, engineering and social sciences to address the technological, social, environmental and health disruptions facing society globally. Through interdisciplinary basic and applied research, Mobility Network will identify pathways to more equitable and efficient urban mobility, provide the evidence and decision-support needed for effective and lasting societal change, and have profound implications for individual well-being, resilient, sustainable and just urban growth and prosperity, and, ultimately, our planet’s future.

Mobility Network is an Institutional Strategic Initiative of the University of Toronto.