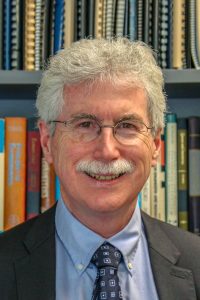 UTTRI Director Professor Eric Miller is quoted in the Toronto Star article “Should the city subsidize your Uber? What’s behind Ontario’s controversial push for private ‘microtransit.’”

Transit agencies such as the TTC  face severe budget shortfalls this year due to drastically reduced ridership. According to CBC News, a letter to the City of Toronto from Ontario Transportation Minister Caroline Mulroney “lays out a series of conditions the city has to meet to be eligible for a second round of emergency TTC funding … [and] says Toronto must review low-performing bus routes and work with the province and Metrolinx to determine “the feasibility of implementing microtransit options.””

On the question of improving the cost-effectiveness of transit, Professor Miller states that microtransit – such as ride-hailing or on-demand transit – needs more study.

He said the current model is bad for cities, which overpay for empty buses, and for riders, who are stuck with infrequent service.

Miller said one big potential benefit of microtransit would be its ability to “fill the gaps” in the traditional transit network. Using on-demand services to carry residents in low-density areas to and from busy subway stations could boost transit ridership on the regular network and free up resources to add service on higher-demand fixed-route bus lines.

But while Miller said microtransit represents an “intriguing possibility,” its benefits aren’t yet proven. “I think what we need are some very serious case studies,” and to “be prepared to fail on a few of them.”

Link to the full article “Should the city subsidize your Uber? What’s behind Ontario’s controversial push for private ‘microtransit,’” Toronto Star, August 20, 2020.