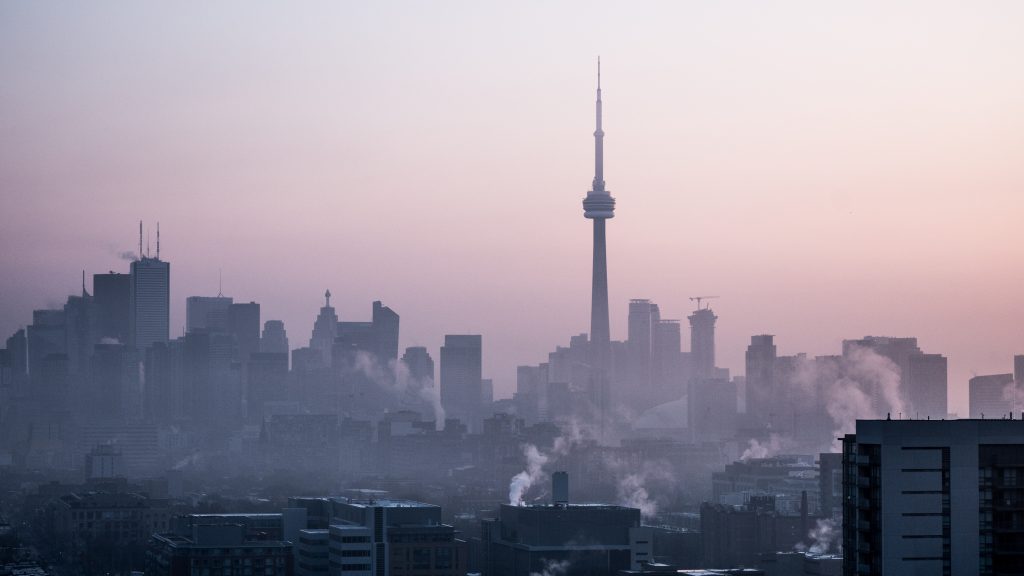 Photo by Evan Simons on Unsplash

In a recently published study, researchers at SOCAAR, the Southern Ontario Centre for Atmospheric Aerosol Research, have found that policies to reduce emissions have yielded co-benefits in terms of reductions of ultrafine particles (UFP) in downtown Toronto. This improvement in air quality was associated with reduced emissions from vehicles and coal-based electricity generation.

The researchers made measurements continuously near a busy roadway in downtown Toronto, Canada, between 2006 and 2019. These unique data provide a good opportunity to assess long-term trends in air pollution in an urban area. During this period, persistent declining trends were observed for many major air pollutants, namely nitric oxide (NO), nitrogen dioxide (NO2), sulphur dioxide (SO2), and fine particulate matter mass concentrations (PM2.5). For example, total UFP concentrations were reduced by 45%.

The study found that the reduction in UFP over these 13 years was correlated with reductions in the concentrations of SO2 and NO2, presumably due to the total phase-out of coal-fired electricity generation in Ontario between 2004 and 2015, and continuous improvements in vehicle emissions control technologies. These reductions in pollutant concentrations suggest that policies to reduce emissions from these sources have yielded a substantial co-benefit in terms of reduced ambient UFP concentrations. They also found that the contributions of local sources (such as vehicle traffic) remained relatively constant throughout the period, representing 45% of total particle concentrations, indicating that further improvements by reducing traffic emissions are still possible. Concentrations of the smallest UFP were also found to be roughly twice as high in winter vs. summer and that this difference has decreased in recent years. In contrast, higher concentrations of larger particles were present in summer.

This story by Brice Rosseau was originally posted by the Southern Ontario Centre for Atmospheric Aerosol Research (SOCAAR), February 24, 2021.