UTTRI associated faculty Professor Jonathan Hall and Rotman’s Professor Nate Baum-Snow spoke at the June 27 seminar in the Cities By Design: The Future of Urban Mobility series, part of the Urban Challenge Project Seminars presented by the School of Cities in partnership with UTTRI.

Professor Jonathan Hall presented first with “Is Uber a substitute or a complement for public transit?” 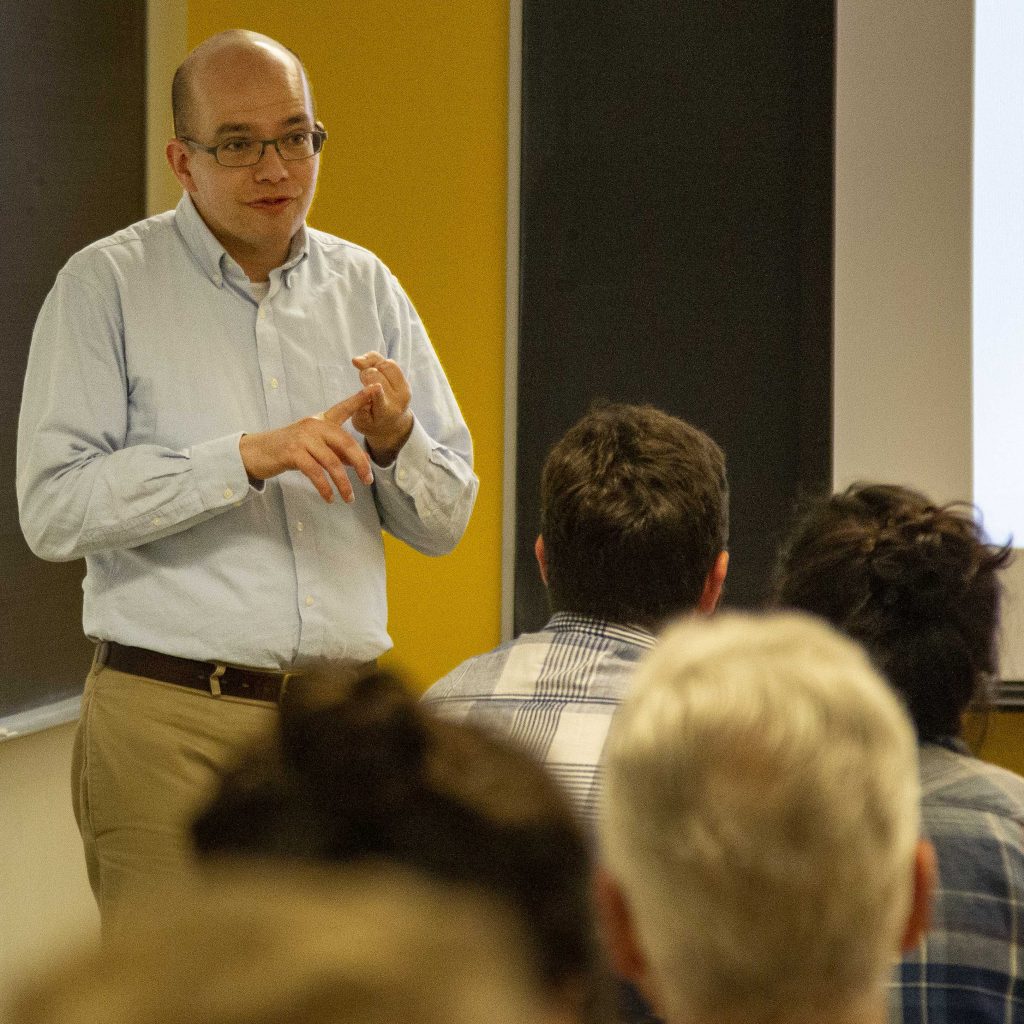 Professor Jonathan Hall presents “Is Uber a substitute or a complement for public transit?” June 27, 2019

Among many points raised, Professor Hall discussed how Uber is associated with increased transit ridership among small transit agencies in large cities.

Professor Nate Baum-Snow, Associate Professor of Economic Analysis and Policy at the Rotman School of Management followed with his presentation “Are Highways Good for Cities?”

Highways have caused a movement of jobs, people and commutes from cities to suburbs, said Professor Baum-Snow, citing evidence from the US and China. He estimates that overall, US urban highways promoted welfare gains that exceed their construction costs, mostly because the highways opened up additional space for urban uses. 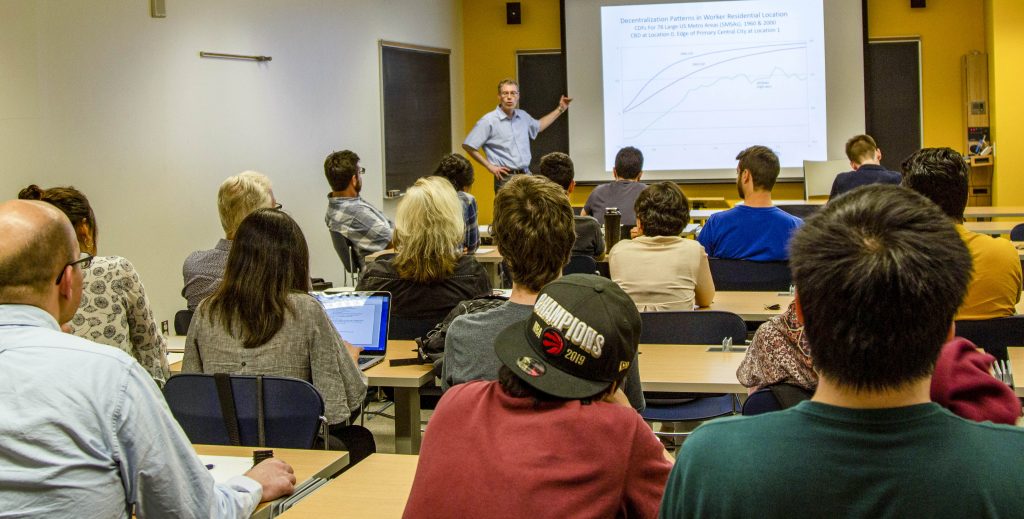 The seminars were followed by lively discussion.

About Cities By Design: The Future of Urban Mobility

For the first time in history, the majority of people live in urban settings. Cities are the engines of economic growth, but are plagued with challenges relating to resource allocation, constrained government spending, ecosystem protection, creating migrant and youth opportunities, social inequities, labour market changes and infrastructure aging. Thrown into this arena, emerging technologies such as automated and connected vehicles, ride-hailing services, Mobility-as-a-Service platforms, and micro-transit are threatening rapid changes to our mobility systems. The academic and policy debates are rife with visions of new mobility utopias, where technology drives improvements in efficiency, CO2 emissions, and social inclusion. Also prominent are visions of mobility dystopias, where private vehicles control more of the public realm, mobility benefits are concentrated among the wealthy, and labour standards are eroded. Cities now face the massive challenge of evaluating the potential benefits, costs, and unintended consequences of integrating a heterogeneous mix of promising technologies with existing transportation infrastructure and mobility services.

In light of this uncertainty, it is imperative that we conduct evidence-based research to guide transportation policy to achieve the many positive promises of emerging technologies, while ameliorating the inherent risks in technology-induced disruption.  The Future of Urban Mobility seminar series will provide the U of T community a space to engage on these topics and explore research opportunities with the Mobility Cluster at the School of Cities.

Presented in partnership with the School of Cities.