Skip to Main Content
U of T ENGINEERING
Posted May 26th, 2022 by Pat Doherty 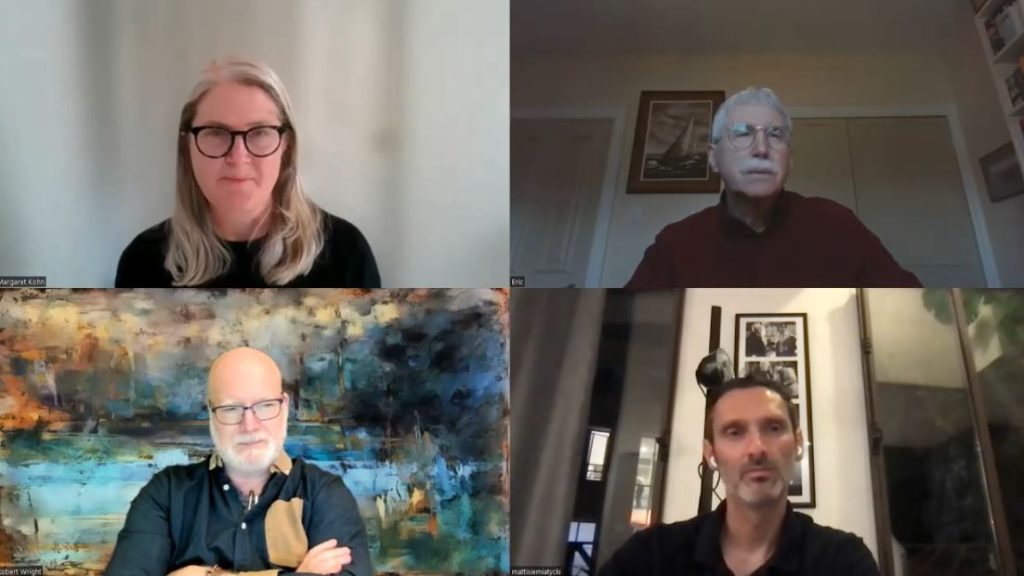 Three panelists with different fields of expertise discussed their research and perspectives on complete communities: what they are, who they’re for, and where the barriers to their creation lie.

Quotes from the panelists

“Transit-oriented communities are at the core of an effective transit system. For the longest time, we thought of development around transit stations as transit-oriented developments. That was how the literature spoke about it, and that’s how we in the transportation planning and project delivery community thought about it. The aim was to get development—so this was more dense and intensive land use—closer to transit stations. And so every effort was put in place to bring the development closer to the stations.

Transit really plays two roles in communities. One, it serves the mobility needs of people who are already there. And second, it shapes the land uses around the transit stations. It brings additional value and that value then guides what happens around the stations. For the longest time, we thought about just trying to get density around the stations. And if you think about our system in Toronto, the reality is that the record has been decidedly mixed.” – Professor Matti Siemiatycki

Robert Wright is an associate professor at the John H. Daniels Faculty of Architecture, Landscape, and Design, University of Toronto. He is also the director of its Centre for Landscape Research. As both an educator and as a design practitioner, Rob holds a strong belief that design is built theory, meaning that the translation from thought and concept to built works is primary and essential to design discourse. He challenged us to think about the meaning of the terms “complete” and “community.” He said, “I think one of the things I like about Toronto is some of the incompleteness of communities.”

“Complete community” is one of those terms that we’re hearing a lot about these days and I’d like to challenge the notion of it. Unlike complete streets, which is based on a more comprehensive framework of an existing system, complete communities is a little more free-range, so to speak.

The key ideas in complete communities are always land use, employment, transportations, housing, and density. What I’d like you to think today about is: What land uses are they referring to? What employment mixes? What mobility types? What housing types? and At what density? We throw these terms around so much these days, that it’s been getting very difficult to actually tell what are the significant differences in how they actually combine themselves.

One of the issues for me around the notion of complete community is, what is the problem context? Are we assuming that complete communities are based on spatial aspects? And if so, what are the physical and spatial metrics that we’re actually using? If it’s social, how are we defining those in terms of the social-cultural metrics, which are often aspatial but more relational? And then, what levels of scale and complexity are we actually working at? One of the things I realized, looking at generative design as it’s related to complete communities, is that there is a certain scale relationship that which at a point, if you’re too fine, you can’t do very much because everything else in the system is set. If it’s too large, it’s too free range, and there’s nothing that actually defines how the system can be designed. So what is the relationship of social interaction to placement? – Professor Rob Wright

Margaret Kohn is a professor and the chair of the Department of Political Science, UTSC. Her primary research interests are in the areas of the history of political thought, critical theory, social justice, and urbanism. Margaret drew on her recent article in The Conversation, “Housing co-ops could solve Canada’s housing affordability crisis,”  to talk about where housing co-ops fit in thinking on complete communities. Her presentation was entitled “From Complete Communities to the Just City.”

“When I first encountered this concept of “complete communities,” it sounded pretty familiar to me, and I think that’s because it’s been a dominant principle in urbanism, in planning, for a long time. It dates back at least as far as Jane Jacobs and her path-breaking book, “The Death and Life of Great American Cities” and since then it’s gone through other iterations; the one that I put up here on this slide is the New Urbanism. That’s because it was a very important movement that I think had some of the same objectives, and it had a big impact on planning in Florida, where I lived and had my first job after graduate school. The principles of this movement were density, diversity of housing, mixed land uses, and the integration of employment and transit. The focus of my comments is going to be that even though these are still the principles that we very much endorse, we have to think about how they’re realized in practice and, also, which sorts of features we want to prioritize and which are most important if we want to maintain the accessibility of our communities to rich and poor alike.

When I think about these issues, really impactful for me was David Hulchanski’s “The Three Cities Within Toronto.” When you look at that, you see along transit lines, but it’s typically more affluent communities. That’s the way the market works. People want to live near transit. They’re able to pay for it. They bid up the costs on the market. And so I think affordability and decommodified forms of housing are actually a very important feature of complete communities and one that can easily be overlooked.” – Professor Margaret Kohn

About The Way Forward

Researchers from across U of T bring home the many ways mobility affects our lives in The Way Forward, a panel discussion series. Join the conversation!

All sessions take place on Tuesdays from 4:00 p.m. to 5:00 p.m. online, are free, and all are welcome. Registration is required.

An introductory overview is followed by short presentations, a moderated panel discussion, and audience Q & A. Events are recorded and shared.

See the complete Spring 2022 schedule for The Way Forward. Registration is open for all talks.

About Mobility Network at the School of Cities

Transportation and mobility touch virtually all aspects of our lives. The Mobility Network is a multidisciplinary, collaborative, and diverse network of mobility researchers that connects the University of Toronto’s exceptional strengths in data sciences, engineering and social sciences to address the technological, social, environmental and health disruptions facing society globally. Through interdisciplinary basic and applied research, Mobility Network will identify pathways to more equitable and efficient urban mobility, provide the evidence and decision-support needed for effective and lasting societal change, and have profound implications for individual well-being, resilient, sustainable and just urban growth and prosperity, and, ultimately, our planet’s future.

Mobility Network is an Institutional Strategic Initiative of the University of Toronto.